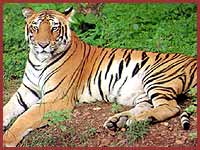 Few people are aware of the fact that Rajasthan is most significant for bio-diversity values and hosts a wide diversity of species of the wild flora and fauna, many of which are critically endangered, receiving national and global attention for conservation measures.

Almost two-third of Rajasthan is arid and semi arid area. It is perhaps the only desert in the world that has maximum cover of vegetation; grasses, shrubs and trees of xerophytic character. As such this geographic terrain is teeming with rich flora and fauna (more than 100 species), mammals, reptiles, and insects etc. As this is a staging-ground for the migratory species of birds, originating from Europe, Central Asia, Middle East, and parts of Africa too, a convincing scene is to be observed in this region. Presence of the Bishnoi community people (who practice conservation as their religion) in this region has lent support

to survival of wild animals and birds; birds of prey, and ground birds being prominent amongst the avifauna, while Desert Cat, Desert Fox, Black Bucks and Indian Gazelle amongst mammals; the rare Great Indian Bustard as resident, and Houbara as migratory species are frequent to be spotted. Pastures, water-harvesting through village ponds, flowering bushes yielding nutritious food, and sturdy trees present an impressive scene. People use traditional ways of ethno-botany and have the habit of recycling all their waste.Bharatpur Bird Sanctuary

The Bharatpur Bird Sanctuary, now known as Keoladeo National Park, is home to over 328 kinds of birds. Of these, 117 species are migrant from Siberia or China. The Bird Sanctuary also contains birds originating from Europe, Central Asia, The Middle East, and parts of Africa.