Religion has always played an important role in the lives of Indian people. What is true for rest of India is true for Rajasthan as well. Almost all of the major religions of India are represented in the state of Rajasthan. Apart from the Hindus, who form a majority, there are Muslims, Christians, Sikhs, Jains. 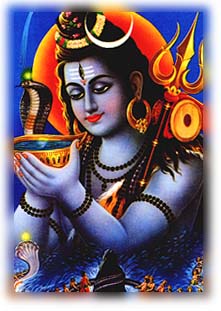 Hinduism With its roots going back 1000 BC, Hinduism is the oldest documented religion in the world. Hindus believe that all beings go through a series of reincarnations. The situations of our rebirths are determined by our karmas. Our eventual goal is moksha. The central figures of the religion are Brahma the Creator, Vishnu the Preserver, and Shiva the Destroyer. Vishnu the Preserver is believed to have come to earth in ten incarnations — the most popular incarnations being in the forms of Rama and Krishna, the heroes of Ramayana and Mahabharata. These two holy books, which contain legends, myths, and folklore, are the major sources of Hindus belief. 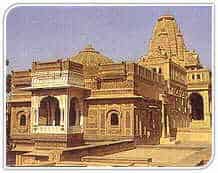 In addition to those that come with Hinduism, Rajasthan has its own share of myths and folklore. Customs that had to do with social welfare were promoted over the years in the form of rituals, and are still religiously followed. Several folk heroes, like Pabuji, Gogaji, Baba Ramdeo, Harbhuji, and Mehaji are still worshipped; hundreds of simple shrines for them can be found in nearly every village.

Jainism Founded by Lord Rishabh and reorganized by Lord Mahaveer in 599 B.C., it is one of the oldest living religions of the world. The Fundamental Principles of Jainism are Ahimsa, Aparigraha, Anekant and the law of Karma. The Jains have built some of the most exquisite temples in Ranakpur, Mount Abu, Shri Mahaveerji, Osian, Jaisalmer, Chittaurgarh and other parts of Rajasthan.

Islam The largest minority in India, Muslims are followers of the prophet Mohammad who was born in Mecca, Saudi Arabia in 570 AD. The world’s greatest Sufi shrine — that of Khwaja Moinuddin Chisti — lies in Rajasthan’s Ajmer. Another pilgrimage center in Rajasthan is the Atarki Dargah, the tomb of Hamiuddin Nagori at Nagaur. Because Rajasthan shares a border with the Muslim country Pakistan, Rajasthan is home to more Muslims than any other state in India.

There are also a great number of Sikhs and Christians who have merged with Rajasthani communities to give the state a cosmopolitan flavor.